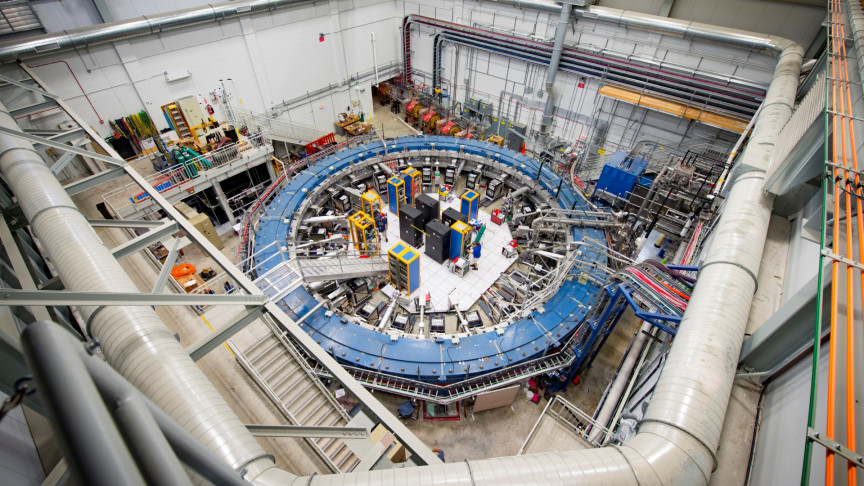 As a physicist working at CERN’s Large Hadron Collider (LHC), one of the most common questions I get asked is “When are you going to find something?” Resist the temptation to sarcastically respond “Apart from the Higgs boson, which won the Nobel Prize, and a whole host of new composite particles? I realize that the reason the question is asked so often has to do with how we have presented advances in particle physics to the rest of the world.

In truth, particle physics has always proceeded in two ways, one of which is that of new particles. The other is to make very precise measurements that test the predictions of theories and look for deviations from what is expected.

The latest surprising result is a measurement of the mass of a fundamental particle called the W boson, which carries the weak nuclear force that governs radioactive decay. After many years of data collection and analysis, experience, also at Fermilab, suggests that it is significantly heavier than theory predicts – deviating by an amount that would not occur by chance in more of a million experiences. Again, there may be as yet unknown particles adding to its mass.

Of course, there will be almost as many new mechanisms proposed to explain these observations as there are theorists. Many will turn to various forms of “supersymmetry.” It’s the idea that there are twice as many fundamental particles in the Standard Model as previously thought, with each particle having a “superpartner.” These may involve additional Higgs bosons (associated with the field that gives fundamental particles their mass).

Others will go further, invoking less fashionable ideas like “technicolor”, which would imply that there are additional forces of nature (in addition to gravity, electromagnetism and weak nuclear forces and strong), and could mean that the Higgs boson is actually a composite object made up of other particles. Only experiments will reveal the truth about the matter – which is good news for experimenters.

The experimental teams behind the new findings are all highly respected and have been working on the problems for a long time. That said, it is not disrespectful to them that these measures are extremely difficult to do. In addition, Standard Model predictions usually require calculations where approximations must be made. This means that different theorists can predict slightly different masses and decay rates depending on assumptions and level of approximation. So it may be that when we do more precise calculations, some of the new findings fit the Standard Model.

These are two examples of sources of “systematic uncertainty”, and although all parties involved do their best to quantify them, there can be unforeseen complications that underestimate or overestimate them.

This article is republished from The conversation under Creative Commons license. Read the original article.