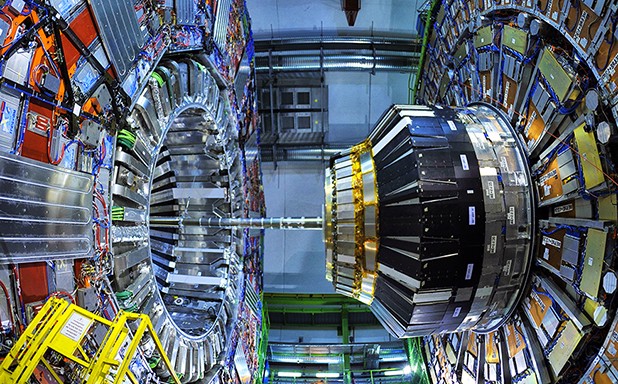 Brunel University London has been supported by funding from the Science and Technology Facilities Council (STFC) to play its part in the future of particle physics research.

The university is one of 18 UK institutions to receive a share of a new £60million fund, which the STFC hopes will keep the UK at the forefront of physics, answering some of the questions most fundamental scientists while supporting the next generation of particle physicists. .

The funding will allow Brunel to expand his work at the famous Large Hadron Collider at CERN, where researchers and university students have long worked on some of the biggest experiments in the world.

This work includes maintaining and operating the enormous Compact Muon Solenoid (CMS) Silicon Tracker, a detector that allows scientists to track the momentum of charged particles.

“The Silicon Tracker is at the heart of CERN’s CMS experiment and is one of the largest silicon devices ever built – it measures around 200 square meters. About the size of a tennis court,” said Professor Akram Khan, professor of experimental particle physics at Brunel.

“Its main function in life is to measure particle tracks. When you get a high-energy collision, you get secondary particles from those collisions – and we help determine the trajectory the particles are taking and where they’re coming from.

Using the Silicon Tracker, CERN scientists can track the position of a particle to about 10 microns, or about the width of a human hair.

The new STFC funding will also allow Brunel students and early career researchers to continue working with CERN, where they have already had the opportunity to work on some of the organization’s largest projects.

“Our students have the chance to work on really advanced technologies, such as the electronics of the trigger system. These are bespoke electronic devices that don’t exist anywhere else,” Prof Khan said.

“They may also be involved in testing algorithms, and sometimes developing and tweaking algorithms. But I think the important thing is to get the algorithms and hardware working in real time – they can really get your hands dirty!”

The STFC is one of the main research funding bodies in the UK, supporting particle physicists working in a variety of fields including dark matter, neutrinos and proton decay.

Announcing the funding, Professor Grahame Blair, Executive Director of Programs at STFC, said: “STFC continues to support the experimental particle physics community in the UK by answering fundamental questions about our universe.

“Grants are essential to support technicians, engineers and academics in their skills and expertise in the field, while encouraging career development in basic research with universities and international collaborators.

“This investment supports the UK physics community and enables the UK to remain a leader in the field of experimental particle physics.

Tackling large datasets and many parameter problems in particle physics