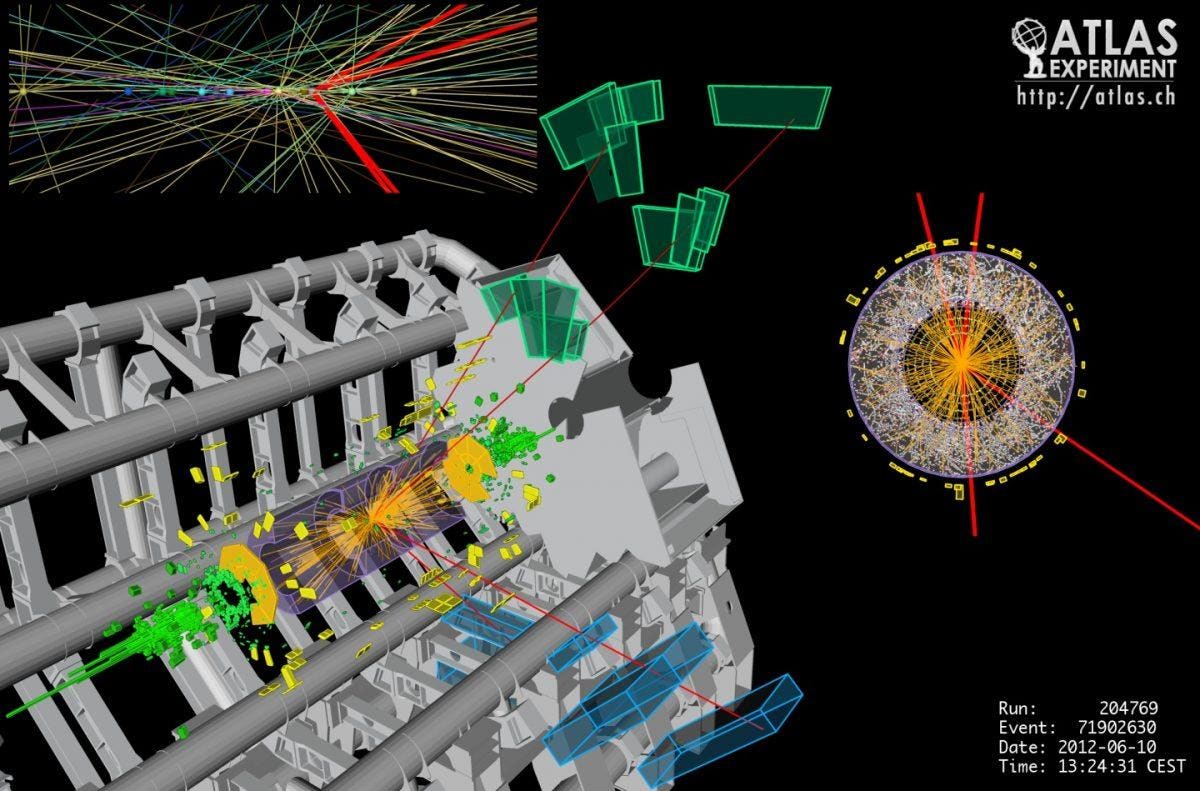 Can Muons – which live only a few microseconds

High-energy physics is facing its greatest crisis of all time. The Standard Model is complete, because all the particles that our most successful physical theories have predicted have been discovered. CERN’s Large Hadron Collider, the most energetic particle collider ever developed (with more than six times the energies of any previous collider), discovered the long-sought Higgs boson, but little else. Traditionally, the way to discover new particles has been to go to higher energies with one of two strategies:

Both methods have their limits, but an unstable particle could give us a third option to make the elusive breakthrough we desperately need: the muon.

The Standard Model is made up of all the fundamental particles and antiparticles we have ever discovered. They include six quarks and antiquarks, each of three colors, three charged leptons and three types of neutrinos, as well as their antiparticle counterparts, and bosons: the photon, weak bosons (W+W–Z0), the eight gluons (with color/anticolor combinations attached), and the Higgs boson. While countless different combinations of these particles exist in nature, only a few are stable. The electron, the photon, the proton (composed of two up quarks and one down) and, if bound together in nuclei, the neutron (with two down quarks and one up) are stable, as well as their antimatter counterparts. This is why all the normal matter that we see in the Universe is made up of protons, neutrons and electrons; nothing else with significant interactions is stable.

The way you create these unstable particles is to collide the stable particles at high enough energies. Due to a fundamental principle of nature – the mass/energy equivalence, given by Einstein’s theory E = Mc2 — you can turn pure energy into mass if you have enough. (As long as you obey all the other conservation laws.) This is exactly how we created almost every other particle in the Standard Model: by colliding particles with each other at sufficient energy so that the energy you get (E) is high enough to create the new particles (of mass m) that you are trying to discover.

We know that there are almost certainly more particles than we have discovered; we expect there to be particulate explanations for mysteries like baryon asymmetry (why there is more matter than antimatter), the missing mass problem in the Universe (which we suspect to be solved by dark matter), the mass problem of neutrinos (why they are so incredibly light), the quantum nature of gravity (i.e. there should be a force-carrying particle for gravitational interaction, such as the graviton), and the strong CP problem (why some decays do not occur), among others. But our colliders haven’t reached the energies needed to discover these new particles, if they even exist. Worse still: both current methods have serious drawbacks that may prevent us from building colliders going to significantly higher energies.

The Large Hadron Collider is the current record holder, accelerating protons to energies of 6.5 TeV each before smashing them together. The energy you can reach is directly proportional to only two things: the radius of your accelerator (R) and the strength of the magnetic field used to bend the protons into a circle (B). Collide these two protons, and they strike with an energy of 13 TeV. But you will never collide a 13 TeV particle with two protons at the LHC; only a fraction of this energy is available to create new particles via E = Mc2. The reason? A proton is made up of multiple composite particles – quarks, gluons and even quark/antiquark pairs inside – which means that only a tiny fraction of this energy is used to create new massive particles.

You might then think of using fundamental particles instead, such as electrons and positrons. If you were to put them in the same ring (with the same R) and subject them to the same magnetic field (the same B), you might think you could achieve the same energies, but this time 100% of the energy could create new particles. And that would be true if it weren’t for one factor: synchrotron radiation. You see, when you accelerate a charged particle in a magnetic field, it emits radiation. Because a proton is so massive relative to its electrical charge, this radiation is negligible, and you can drive protons up to the highest energies we’ve ever reached without worrying about it. But electrons and positrons are only 1/1836and of the mass of a proton, and synchrotron radiation would limit them to only about 0.114 TeV of energy under the same conditions.

But there is a third option that has never been put into practice: using muons and anti-muons. A muon is like an electron in the sense that it’s a fundamental particle, it’s charged, it’s a lepton, but it’s 206 times heavier than the electron. It’s massive enough that synchrotron radiation doesn’t matter for muons or anti-muons, which is great! The only downside? The muon is unstable, with an average lifetime of only 2.2 microseconds before decaying.

That might be good, though, because special relativity can save us! When you bring an unstable particle closer to the speed of light, its lifespan increases dramatically, thanks to the relativistic phenomenon of time dilation. If you brought a muon up to 6.5 TeV of energy, it would live for 135,000 microseconds: enough time to circle the Large Hadron Collider 1,500 times before decaying. And this time, your hopes would be absolutely true: 100% of that energy, 6.5 TeV + 6.5 TeV = 13 TeV, would be available for particle creation.

We can always build a bigger ring or invent stronger magnets, and we can very well do just that. But there is no cure for synchrotron radiation except to use heavier particles, and there is no cure for the propagation of energy between components of composite particles if that is not to use them at all. Muons are unstable and difficult to keep alive for long, but as we reach higher and higher energies this task becomes progressively easier. Muon colliders have long been presented as a mere pipe dream, but recent progress from the MICE collaboration – for Muon Ionization Cooling Experiment – has demonstrated that it might be possible after all. A circular muon/anti-muon collider could be the particle accelerator that takes us beyond the reach of the LHC and, if we’re lucky, into the realm of new physics we so desperately seek.