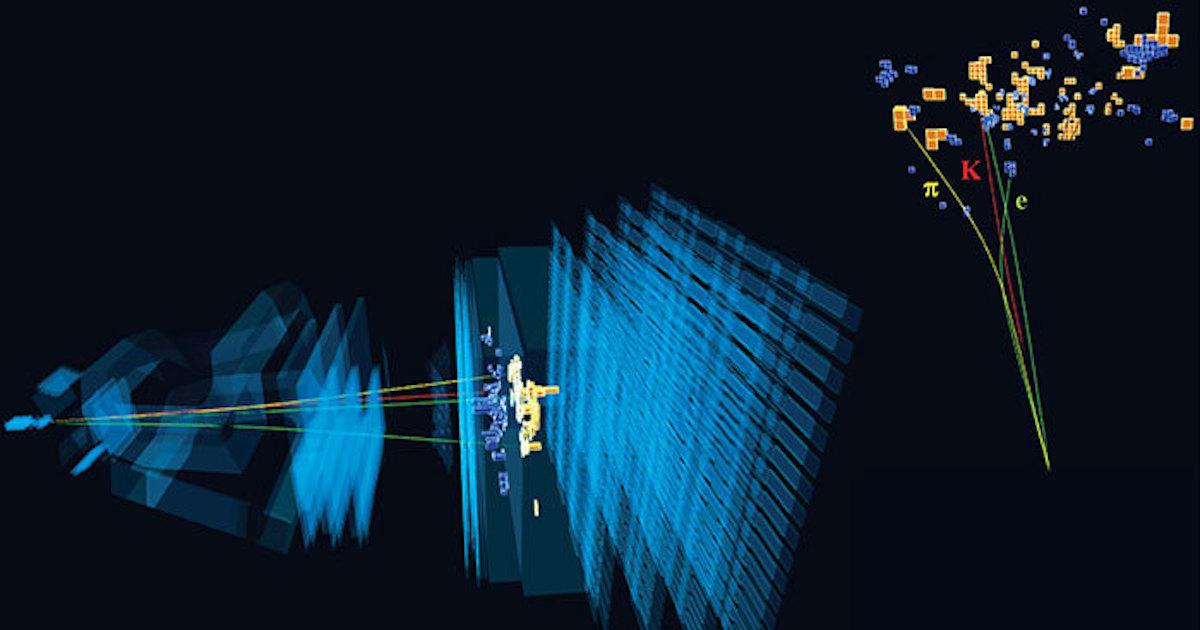 CERN’s Large Hadron Collider (LHC) is designed to probe the limits of known physics, and now the facility has discovered particles that aren’t behaving as expected. Although still early, the discovery hints at the existence of new particles or forces beyond the Standard Model.

The discovery was made in a particular experiment called LHCb, which studies particles called “beauty quarks”. These exotic fundamental particles are produced in large numbers in LHC collisions, but they don’t last long – beauty quarks quickly decay into electrons and muons.

According to the standard model of particle physics, beauty quarks should decay into electrons and muons at equal speeds. But new data from LHCb suggests that’s not the case – rather than flipping a coin, beauty quarks tend to favor decay into electrons rather than muons. In five years of data, the team found that for every 100 electron decays, there were only about 85 muon decays.

Why exactly this happens remains a mystery and cannot be explained by the standard model. The team says the only reason there should be a preference for one or the other is that a hidden particle is influencing the outcome.

Curiously, the new discovery is the culmination of several years of other studies that also hinted at unknown particles at play in this process. Although these earlier findings were not concrete enough individually, the team says they all point in the same direction, building a larger body of evidence.

“This new result offers tantalizing clues to the presence of a new particle or fundamental force that interacts differently with these different types of particles,” says Paula Alvarez Cartelle, lead researcher on the study. “The more data we have, the stronger this result has become. This measurement is the most significant of a series of LHCb results from the last decade that all seem to agree – and could all point to a common explanation. The results have not changed, but their uncertainties have decreased, increasing our ability to see possible differences with the Standard Model.

That said, there are still uncertainties, as the study has not yet been peer reviewed and the finding has not yet been “confirmed”. Normally, a statistical significance of five standard definitions – equivalent to about a 1 in 3.5 million chance of being coincidence – is needed to declare something a “discovery”. The new result, meanwhile, registers only three standard deviations, or about a 1 in 1,000 chance of being an anomaly.

Still, the researchers are cautiously optimistic that they are on the trail of new physics. After all, there are questions the Standard Model can’t answer, like dark matter or what happened to all antimatter. Even gravity doesn’t fit.

“Discovering a new force in nature is the holy grail of particle physics,” says Konstantinos Petridis, author of the study. “Our current understanding of the constituents of the universe is remarkably insufficient – we don’t know what 95% of the universe is made of or why there is such a great imbalance between matter and antimatter. The discovery of a new fundamental force or particle, as evidence for differences in these measurements suggests, could provide the breakthrough needed to begin answering these fundamental questions.

The research was presented at the Moriond Electroweak Physics conference and published as a preprint on ArXiv.