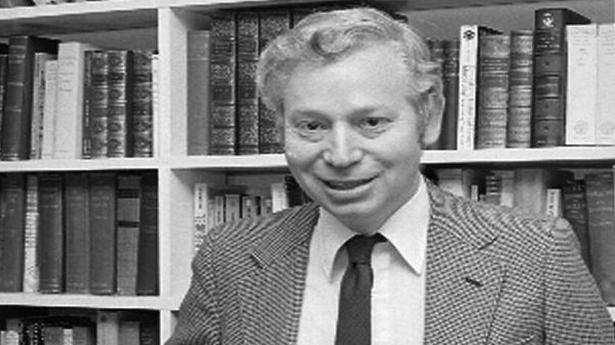 Awarded the Nobel Prize in Physics for his discovery of the unified theory of weak and electromagnetic interactions, he was an outspoken rationalist and critic of climate change deniers.

Awarded the Nobel Prize in Physics for his discovery of the unified theory of weak and electromagnetic interactions, he was an outspoken rationalist and critic of climate change deniers.

Arguably the most influential particle physicist of the past five decades, Professor Steven Weinberg died at the age of 88 on July 23 in Austin, Texas.

Although Professor Weinberg died last Friday and this information was shared on social media by shocked scientists, there was no mention in mainstream print and television media. The uncertainty continued for 48 hours, leading to speculation that it was fake news. However, a note of condolence from the University of Texas, where he was a professor, put an end to all rumors although details of the cause of death are still unknown.

Steven Weinberg shared the Nobel Prize in Physics in 1979 with Sheldon Glashow from Harvard, USA and Abdus Salam from Imperial College, London, UK, for his discovery of the unified theory of weak and electromagnetic interactions. He was director of the theoretical research group and full professor at the University of Texas. His wife, Louise Weinberg, is a professor of legal studies at the University. They have a child.

He was educated at Cornell and Princeton University. He was a professor at the University of California at Berkeley, MIT, Columbia University and became a professor at Harvard. He moved to Austin in 1982 from Harvard and was instrumental in developing the high energy physics group there. His outstanding research in elementary particle physics and cosmology earned him the Nobel Prize in Physics, the National Medal of Science, and the American Philosophical Society awarded the Benjamin Franklin Medal, Oppenheimer Prize, and many other awards. He has been elected to the National Academy of Science and the Royal Society of Great Britain and other academies, and holds sixteen honorary doctorates from internationally renowned universities. The list of awards, honors, memberships in societies extends over several pages.

Professor Weinberg has over 350 highly regarded publications and 15 books to his credit. These books include his exposition of
Quantum field theory I, II, III and
Gravitation and cosmology – Principles and applications of the general theory of relativity . These books are like the Bible for all graduate students pursuing research in high energy physics, gravitation or astrophysics. It has over 50,000 quotes, many of which are rated as highly influential.

He is well known for his Unified Electroweak Theory, Weinberg Angle, Weinberg-Witten Theorem, Asymptotic Security, Axion Model, Technicolor, and several other contributions. His work on electroweak unification required a new gauge particle known as the W boson, discovered 10 years later. The same work left a void for a particle known as the Higgs particle, needed to break the symmetry that had to wait 40 years to be discovered.

His extraordinary ability to expose complex subjects led him to write books such as
The First Three Minutes: A Modern View of the Origin of the Universe which has been translated into 22 languages ​​including Tamil, and
Dreams of a final theory (translated into 16 languages). His latest book,
To explain the world published in 2015, highlights his deep commitment to understanding nature and its laws.

Professor Weinberg was a rationalist and spoke out without hesitation against irrational anti-science ideas. He wrote the book
Coping: science and its cultural adversaries, expose the harm caused by irrational and religious ideas. In remarks now oft-quoted, he said: “With or without religion, good people can behave well and bad people can do evil; but for good people to do evil, it takes religion. Religion is an insult to human dignity. Without it, you would have good people doing good things and bad people doing bad things.”

He was a self-proclaimed atheist with a strong commitment to science and expressed his views on religion and God without fear: “Science does not make it impossible to believe in God, it just makes it possible not to believe in God.

My personal interactions happened twice. The first was when I visited the University of Texas at the invitation of another great physicist, Professor ECG Sudarshan. I attended Professor Weinberg’s lectures on quantum mechanics – new proposals that were brilliant. On the second occasion, when he traveled to Dublin for a lecture at Trinity College, he explicitly trashed the claims that the ancient Indians had knowledge of atoms and the speed of light as mentioned in Vedic literature. He said there was no equipment, technology and machinery available at the time to make these claims.

In the late 1980s, serious efforts were made to build a Superconducting Super Collider (SSC) in Texas, proposed by Leon Lederman, Nobel Laureate of “God Particle” fame. Professor Weinberg was on the science policy committee of the SSC. He argued vehemently for the project. However, after spending $2 billion, the program was canceled due to opposition from some senators. They were also supported by other eminent scientists like Nobel laureate PW Anderson from the field of condensed matter physics, who probably thought this would exhaust the resources available for other areas of research.

Weinberg was disappointed with the cancellation. The result was that rivals in Europe carried out the construction of the Large Hadron Collider (LHC) in Geneva, which made fantastic discoveries that culminated in the discovery of the missing link, the Higgs particle. Professor Roy Shwitters, director of the SSC laboratory, speculated that if the project had been completed, it would have led to the discovery of the Higgs boson particle 10 years earlier.

Weinberg was against the US withdrawal from the anti-ballistic missile treaty. Along with 50 intellectuals and scientists, he called on the US Congress not to support the funding of missile components that would lead to treaty violations. Unfortunately, the United States withdrew from the treaty in 2001.

He was also against climate change deniers. He remarked after receiving an honorary doctorate from Rockefeller University: “It’s generally foolish to bet against the judgments of science, and in this case of climate change, where the planet is at stake, that’s foolish.

His books, his contributions to particle physics and his views on social issues are extraordinary and his passing is a great loss to science and the world.