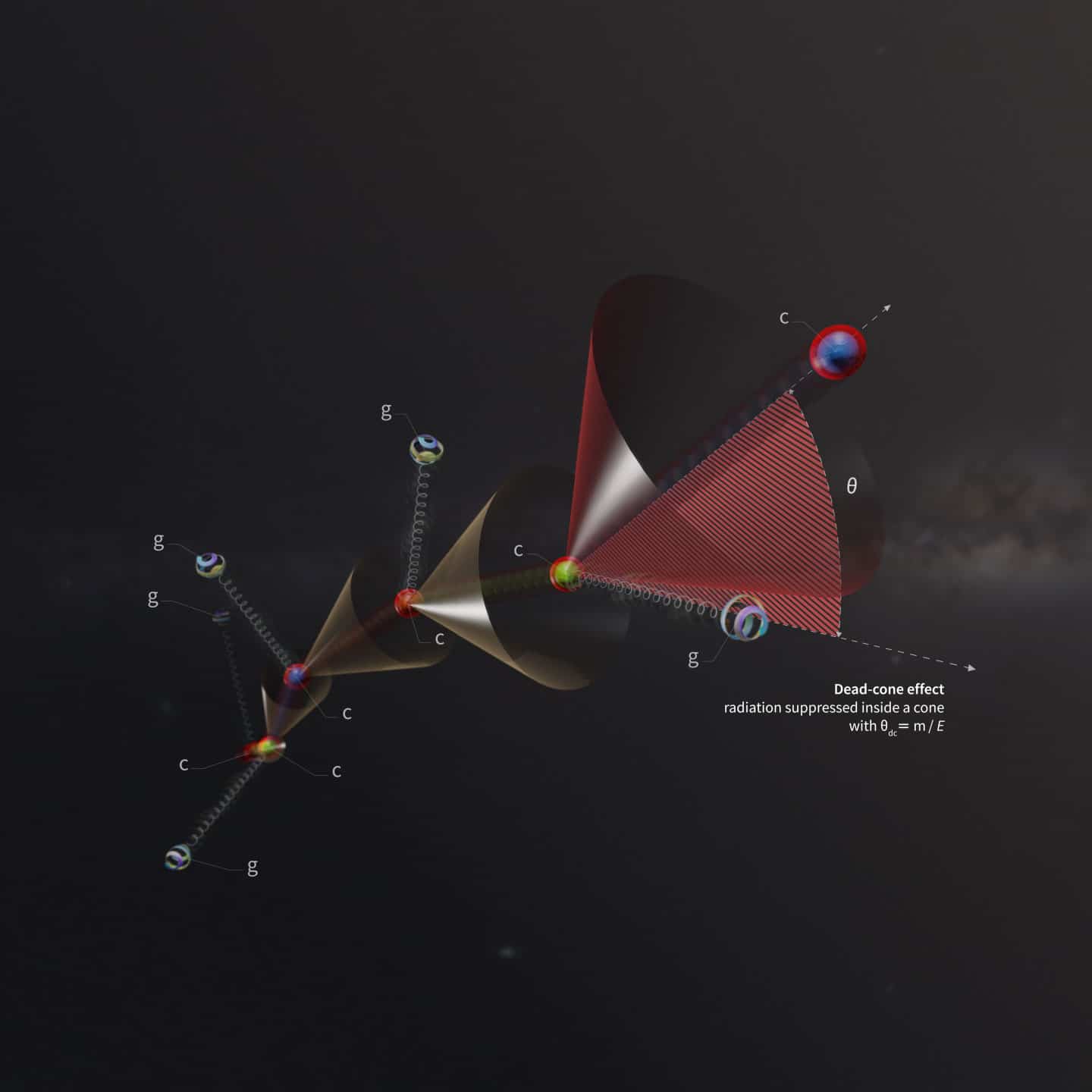 After their creation, the partons (quarks and gluons) undergo a cascade of events called the rain of partons. They lose energy by emitting radiation in the form of gluons, which also emit gluons. The radiation pattern of this shower depends on the mass of the gluon-emitting Parton. It shows an area around the flight direction of the Parton where gluon emission is suppressed – the dead cone.

The death cone effect is a fundamental feature of life force theory that binds quarks and gluons into protons, neutrons, and ultimately all atomic nuclei. The ALICE collaboration at the Large Hadron Collider (LHC) has made the first direct observation of the dead cone effect. The study provides direct experimental access to the mass of a single charm quark before it is confined inside hadrons.

ALICE spokesperson Luciano Musa said: “It was very difficult to directly observe the dead cone. But we were finally able to find out using data from three years of proton-proton collisions at the LHC and sophisticated data analysis techniques.

The ALICE collaboration used state-of-the-art analysis techniques for a large sample of proton-proton collisions at the LHC. The shower of particles can be brought back in time using these techniques: the signals left in the ALICE detector by a flow of particles. The scientists detected a jet formed by this type of quark and traced the history of the quark’s gluon emissions by looking for jets containing a particle containing a charm quark. When the gluon emission pattern of the charm quark was compared with that of gluons and nearly massless quarks, a dead cone was discovered in the charm quark pattern.

The result also directly exposes the mass of the charm quark, as the theory predicts that massless particles have no corresponding dead cones.

Andrea Dainese, ALICE Physical Coordinator, said: “Quark masses are fundamental quantities in particle physics, but they cannot be viewed and measured directly in experiments because, with the exception of the top quark, quarks‌ are confined inside composite particles. Our successful technique of directly observing the dead cone of a parton shower may provide a means of measuring quark masses.