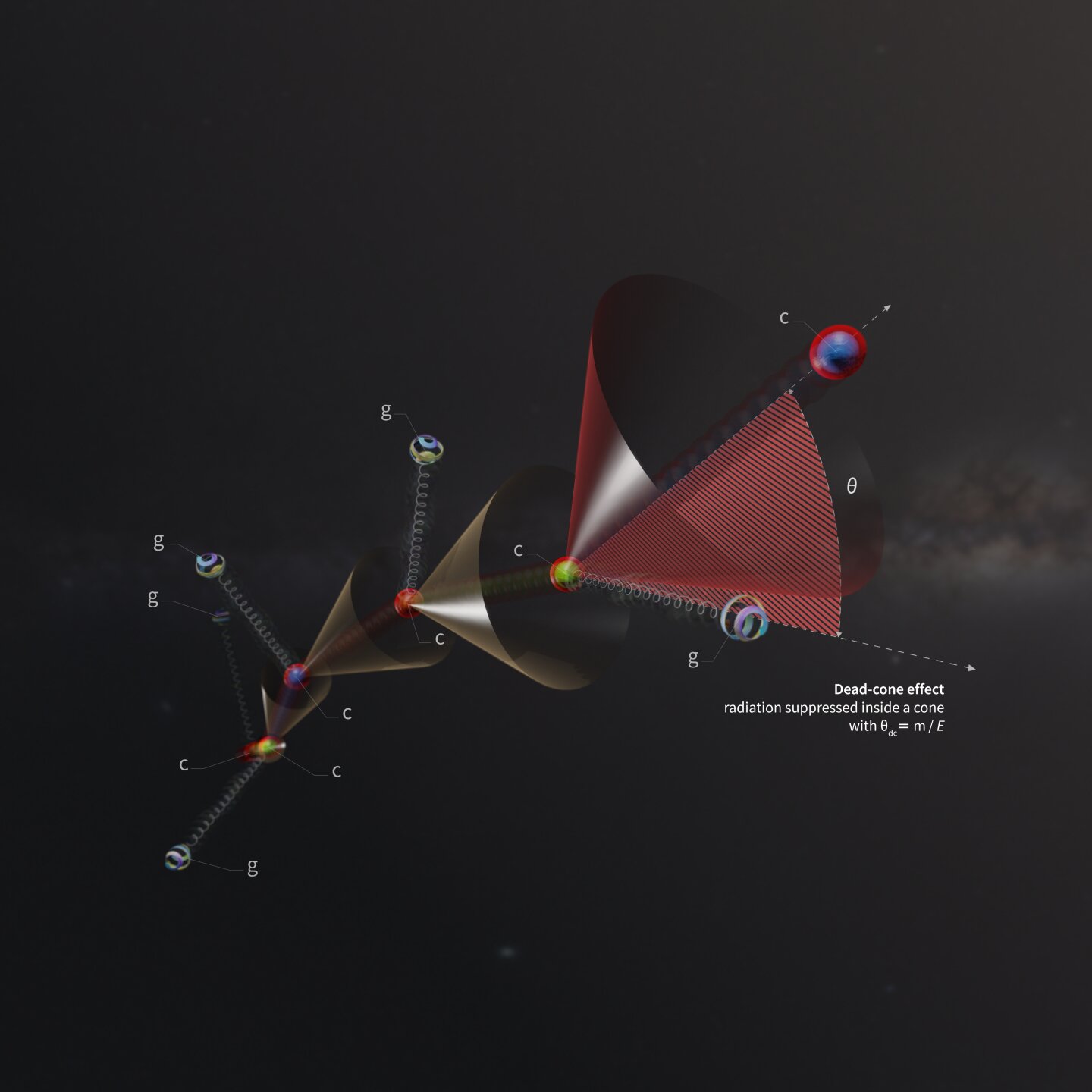 The ALICE collaboration at the Large Hadron Collider (LHC) has made the first direct observation of the dead cone effect, a fundamental feature of strong force theory that binds quarks and gluons together into protons, neutrons and ultimately , all atomic atoms. cores. In addition to confirming this effect, the observation, reported in an article published today in Natureprovides direct experimental access to the mass of a single charm quark before it is confined inside hadrons.

“It was very difficult to directly observe the dead cone,” ALICE spokesman Luciano Musa said. “But, using three years of proton-proton collision data at the LHC and sophisticated data analysis techniques, we were finally able to find out.”

Quarks and gluons, collectively called partons, are produced in particle collisions such as those that take place at the LHC. After their creation, partons undergo a cascade of events called parton rain, during which they lose energy by emitting radiation in the form of gluons, which also emit gluons. The radiation pattern of this shower depends on the mass of the gluon-emitting parton and shows a region around the direction of flight of the parton where gluon emission is suppressed – the dead cone.

Predicted thirty years ago from the first principles of strong force theory, the dead cone has been indirectly observed at particle colliders. However, it remained difficult to observe it directly from the parton shower radiation pattern. The main reasons for this are that the dead cone may be filled with particles into which the emitting parton transforms, and it is difficult to determine the change in direction of the parton throughout the shower process.

The ALICE collaboration overcame these challenges by applying state-of-the-art analysis techniques to a large sample of proton-proton collisions at the LHC. These techniques can cause the parton shower to move back in time from its end products – the signals left behind in the ALICE detector by a jet of particles known as the jet. By searching for jets containing a particle containing a charm quark, the researchers were able to identify a jet created by this type of quark and trace the entire history of the quark’s gluon emissions. A comparison of the charm quark’s gluon emission pattern with that of nearly massless gluons and quarks then revealed a dead cone in the charm quark pattern.

The result also directly exposes the mass of the charm quark, as the theory predicts that massless particles have no corresponding dead cones.

“Quark masses are fundamental quantities in particle physics, but they cannot be viewed or measured directly in experiments because, with the exception of the top quark, quarks‌ are confined inside composite particles”, explains Andrea Dainese, physical coordinator of ALICE. “Our successful technique for directly observing the dead cone of a parton shower may offer a way to measure quark masses.”

New insight into the internal structure of the proton