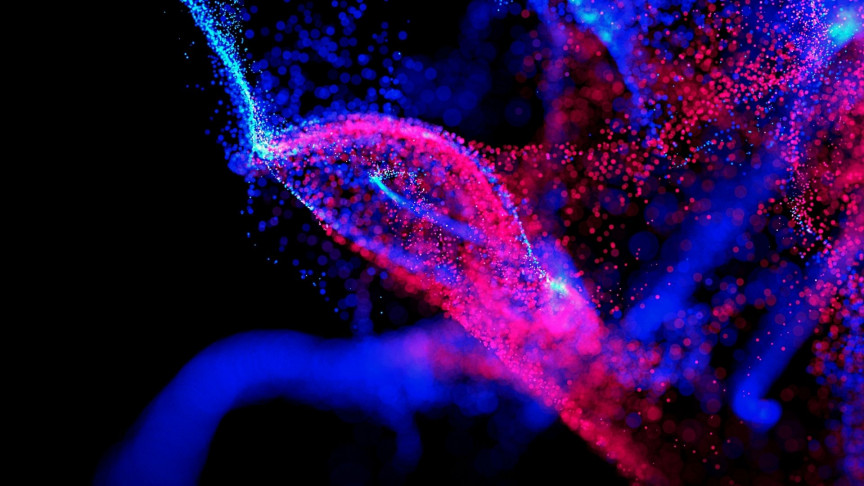 For almost a century, physics has been stretched in a tussle between the science of the very big and the indescribably small. For planets and galaxies, gravity is easily noticeable. But in the realm of microparticle interactions, gravity is weak because the size of matter is tiny. Too small, many thought, for it to have a significant role in major cosmic events like particle formation – where electromagnetic and nuclear forces are far more powerful.

However, physicists are rethinking the place of gravity in the building blocks of nature, assigning the cosmic force a small but essential role in explaining how fundamental particles might appear, according to a recent study published in the journal Universe.

A duo of physicists from the Institute of Gravitation and Cosmology at the Russian Peoples’ Friendship University (RUDN University) revisits the idea of ​​giving gravity a role in the creation of particles. For typical elementary particles (like electrons), the electromagnetic force of attraction is 10^40 times stronger than the attraction of gravity.

From a conventional point of view, including gravity in the description of the behavior of an electron near the nucleus of an atom is like including the effect of a mosquito on a windshield when talking about a car accident.

Either way, study authors Vladimir V. Kassandrov and Ahmed Alharthy suspect the mosquito may be getting more bites than we thought — at least at the disproportionately small level called the Planck scale.

Physicists have used semi-classical models to include gravity

“Gravity can potentially play an important role in the microworld, and this hypothesis is supported by some data,” Kassandrov said in a blog post shared on the RUDN University website.

Surprisingly, the scientific consensus on the solutions of the fundamental equations of field theory in curved spacetime (actually what gravity is) leaves a tiny gap for gravity to have a non-zero influence. As the distances between the particles decrease, the force of gravity becomes comparable to that of the charges attracted.

In some models, the tiny effects of gravity could also enhance solitary waves forming in quantum fields.

The physicist duo used semi-classical models for electromagnetic field equations, replacing equations that typically eliminated gravity and applying ones that left room to change some quantities without affecting others.

Some scenarios have suggested a role for gravity in particle physics

This switch-and-swap method allowed scientists to define the charge and mass of known elementary particles and to search for solutions capable of describing how the particles formed.

Unfortunately, the duo couldn’t find a distinct case where gravity played a necessary role – at least for particles we know exist.

Some scenarios – where the distance between particles was reduced to around 10^-33 meters for charged objects with a mass of 10^-5 grams – showed solutions.

While these parameters may not describe something typically found throughout the universe, the physicists’ response found bounds on a spectrum related to hypothetical semi-quantum particles – known as maximons .

Fusion of hypothetical cases in physics

Although hypothetical overlaps may seem far-fetched, this represents a major achievement in theoretical physics. Often in science – which is based on empirical observation – we know nothing of new phenomena until we witness them. This is not the case for theoretical physics. Einstein’s theory of gravity predicted the existence of black holes, which no one had observed before.

If particle physicists confirm the existence of maximons and astronomers discover bosonic stars, we have preformed ideas of how gravity plays a role in their behavior – merging hypothetical cases on physics and bringing us closer to discoveries further insights into the fundamental forces of the universe.