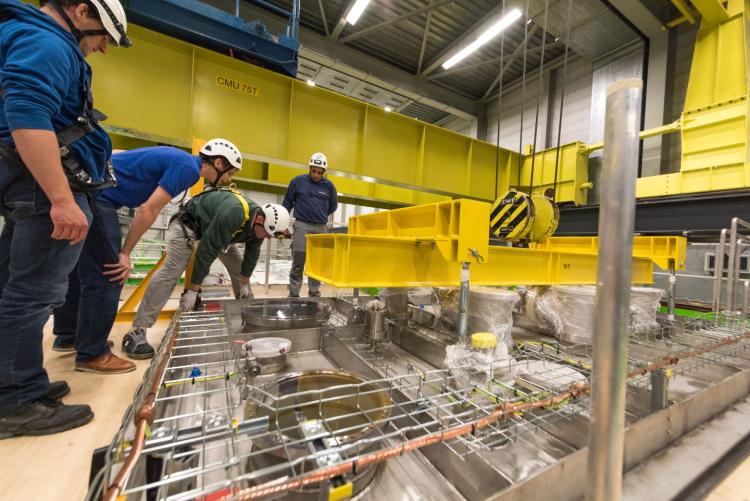 Our understanding of the universe may soon change thanks to the efforts of a thousand scientists around the world, including two from the University of Colorado at Boulder.

Alysia Marino, associate professor, and Eric Zimmerman, professor in the physics department at CU Boulder, are both working on the construction of the Long-Baseline Neutrino Facility (LBNF), which will eventually house the Deep Underground Neutrino Experiment (DUNE). ) .

Alysia Marino is an associate professor of physics at the University of Colorado at Boulder and one of the scientists involved in the DUNE project. Photo by Cay Leytham-Powell.

This project will be the largest particle physics experiment ever undertaken in North America and is supported by both the Fermi National Accelerator Laboratory (Fermilab) and CERN, a massive particle physics laboratory in Switzerland.

The LBNF, which celebrates its launch on Friday, will eventually shoot a neutrino beam through the Earth’s crust from Illinois to South Dakota, all to better understand how and why the universe formed. The project, which has been in the works for nearly a decade, will take about another decade to build before the first beam is finally fired.

“It’s a long process, but it’s definitely the first step. It’s exciting to see it getting closer to reality,” Marino said.

Neutrinos, the central part of this whole experiment, are the most abundant particle of matter (or, the most abundant “thing”) in the universe and a central part of its formation. They’re everywhere at all times, and yet they have almost no mass and no electrical charge, so they don’t bind to anything. They simply exist, born from the sun or a distant star, as they move around the planet.

Yet despite this knowledge, their role in the universe is still mysterious to scientists who study them.

DUNE, and the corresponding LBNF, seek to change this and, thus, alter our understanding of how the universe came to exist in its current form of matter instead of antimatter.

“One of the biggest open questions in physics right now is how the universe began to be dominated by matter instead of antimatter, because any reaction we did in the lab… if you produce a particle of matter, you produce an exactly equal amount So if this is how the early universe evolved, then all matter and antimatter would have annihilated and there would be nothing left but energy. Obviously, that didn’t happen,” Zimmerman said.

DUNE will measure neutrinos by firing a proton beam from Fermilab, a Department of Energy laboratory near Chicago, to the Sanford Underground Research Facility in Lead, SD The proton beam, which is similar to a cosmic ray from the sun, will hit a carbon-controlled core (which, in this case, will likely be a wall of graphite) and eventually decay into muons (a particle that produces most of the cosmic radiation we receive on Earth) and neutrinos.

To measure this phenomenon, a “near” detector will be built just outside Fermilab and the beam, then again in South Dakota (which would be the largest in the world, located almost a mile underground in an abandoned gold mine) to see how much neutrinos decay and transform during the 4 millisecond journey. 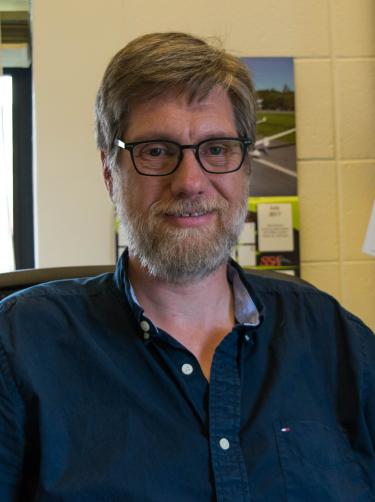 Eric Zimmerman is a professor of physics at the University of Colorado at Boulder and one of the scientists involved in the DUNE project. Photo by Cay Leytham-Powell.

By examining these tiny parts of the universe, scientists hope to shed light on three things: the origin of matter (versus antimatter), the unification of forces (which will be examined through the decay of protons, with neutrinos) and the formation of black holes (because DUNE can potentially detect supernova explosions).

“DUNE will be able to do these measurements much better than anything currently out there,” Zimmerman remarked.

This experiment builds on existing neutrino research, including a piece that received the 2015 Nobel Prize in Physics for discovering that neutrinos can change from one type to another.

“It’s important that we are involved, and we will hopefully involve many more generations of students in this project,” Marino said.

While the inauguration is scheduled for Friday, the project is facing many obstacles, including funding.

“The biggest threat to DUNE right now is uncertainty over the federal budget,” Zimmerman said. Although LBNF is an international collaboration, most support for the project comes from Fermilab and the Department of Energy, and in the president’s budget request, research across the department would be reduced by 18% from its current levels.

If this were to happen, the lack of funds would cripple construction, which would have a “very serious impact on research”.

Theoretical physicists present an alternative to the WIMP paradigm