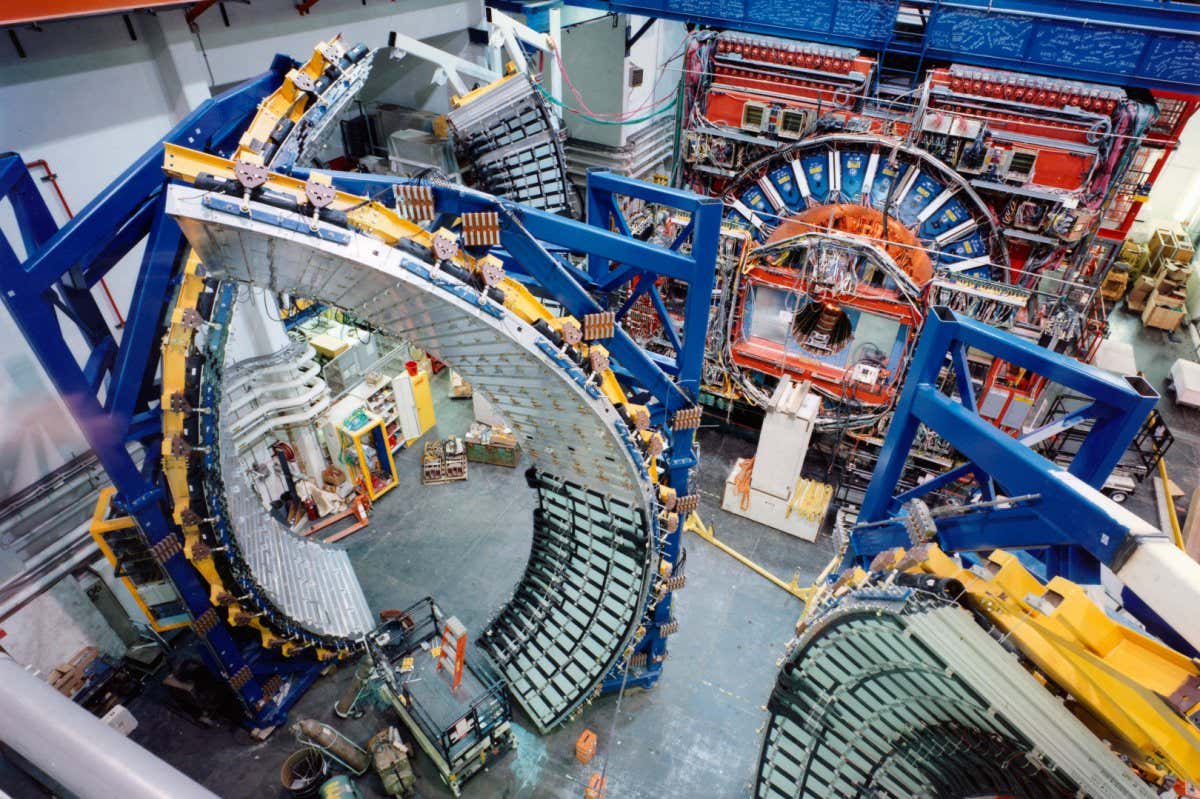 A new measurement of a fundamental particle called the W boson appears to challenge the Standard Model of particle physics, our current understanding of how the basic building blocks of the universe interact. The result, which took a decade to prepare, will be scrutinized, but if true, it could lead to entirely new theories of physics.

“It would be the biggest discovery since, well, since the beginning of the Standard Model 60 years ago,” says Martijn Mulders of the CERN Particle Physics Laboratory near Geneva, Switzerland, who wrote a commentary on the result for the review. Science.

The standard model describes three distinct forces: electromagnetism, the strong force and the weak force. Particles called bosons mediate these forces between particles of matter. The weak force, responsible for radioactive decay, uses the W boson as one of its messengers.

The W boson is so central to the Standard Model that physicists have attempted to measure its mass with ever greater precision since it was first observed in 1983. These measurements are all broadly consistent, an apparent confirmation of the Standard Model’s validity.

But we know the standard model is wrong. It has no explanation for gravity, dark matter, and the lack of antimatter in our universe, so physicists are constantly on the lookout for deviant measurements that could lead to new theories.

Now, Ashutosh Kotwal of Duke University in North Carolina and his colleagues have announced a new measurement of the mass of the W boson using data from the Tevatron collider in Illinois, putting it at 80.4335 gigaelectronvolts.

The generally accepted mass for the W boson is 80.379 gigaelectronvolts, and while the discrepancy may seem small, the new value is the most accurate yet, equivalent to measuring your body weight to less than 10 grams.

More importantly, its difference from the generally accepted value of the mass of the W boson has a statistical significance of about 5 sigma, corresponding to a probability of about 1 in 3.5 million that a data pattern like that -this is presented as a statistical coincidence.

Physicists normally use 5 sigma as the level of significance for counting something as a “discovery”, but the difference between the new mass measurement and that predicted by the Standard Model is even higher, at 7 sigma. This corresponds to a probability of approximately 1 in 780 billion of seeing such a result by chance.

Kotwal and his team are aware they’re making an extraordinary claim that could overturn physics as we know it, but he says they’ve done every test they can think of to back it up. A small amount of systematic uncertainty – essentially potential errors in the experimental setup – remains, but now is the time for others to weigh in on the outcome, he says. “We think the answer stands up to our own scrutiny,” he says.

Measure the mass of the W boson

The team measured the mass of the boson by smashing proton and antiproton beams together and analyzing the particles produced in the collision. The analysis was so complex that the result took more than a decade to produce, after the Tevatron was shut down in 2011, but its potential implications are enormous.

“If the mass of the W boson deviates so much from the Standard Model expectation, and if we all understand the [systematic] uncertainties, then that’s a big deal,” says Ulrik Egede of Monash University in Australia.

The “if” is the important point for many physicists who, while excited about the result, are cautious about its divergence from previous measurements. “We must first understand the gap between [this result] and all other experiments before thinking about explanations of physics beyond the Standard Model,” says Matthias Schott of CERN, who worked on a previous measurement of the W boson using data from the ATLAS experiment collected at the Large Collider. of Hadrons (LHC) until its shutdown. in 2018.

Determining the source of the discrepancy is not an easy task. W bosons rapidly decay into other particles, either an electron and an electron neutrino, or a heavier muon and a muon neutrino. Because neutrinos are difficult to detect, Kotwal and his team had to deduce where they were from large amounts of data. “[W boson masses] are recognized as being among the most difficult experimental measurements to perform,” explains Egede.

The 2018 ATLAS measurement for the mass of the W boson is the most recent yet, but it also may not be much help in solving the puzzle. ATLAS used two beams of protons, rather than a second of antiprotons, which makes the results harder to compare, Kotwal says.

If physicists find no problem with the work of Kotwal and his team, the next step will be to produce another measurement, which could come from three experiments at the LHC. “It’s the only collider with an energy high enough to create W bosons,” says Harry Cliff of the University of Cambridge. The LHC is preparing for a new run this year after being offline since 2018, but Mulders says data collected for the CMS experiment during the previous run could yield a new W boson measurement by the year. next.

If the result is confirmed, it could join other unexplained anomalies such as those of the Muon g-2 experiment and discrepancies noted at the LHC concerning subatomic particles called bottom quarks, which could require new theories of physics to be explained. . Although there are no clear candidates for such a theory at present, Kotwal says that certain variants of supersymmetry, which require the existence of an entirely new set of particles, could fit the higher mass of the W boson.

Although the result took 10 years to produce, Kotwal says it’s only the beginning to understand its importance as physicists around the world get their hands on the data. “The science will be studied and we will continue to think about it,” he says.

Sign up for Lost in Space-Time, a free monthly newsletter about the weirdness of reality

Learn more about these topics:

Tackling large datasets and many parameter problems in particle physics