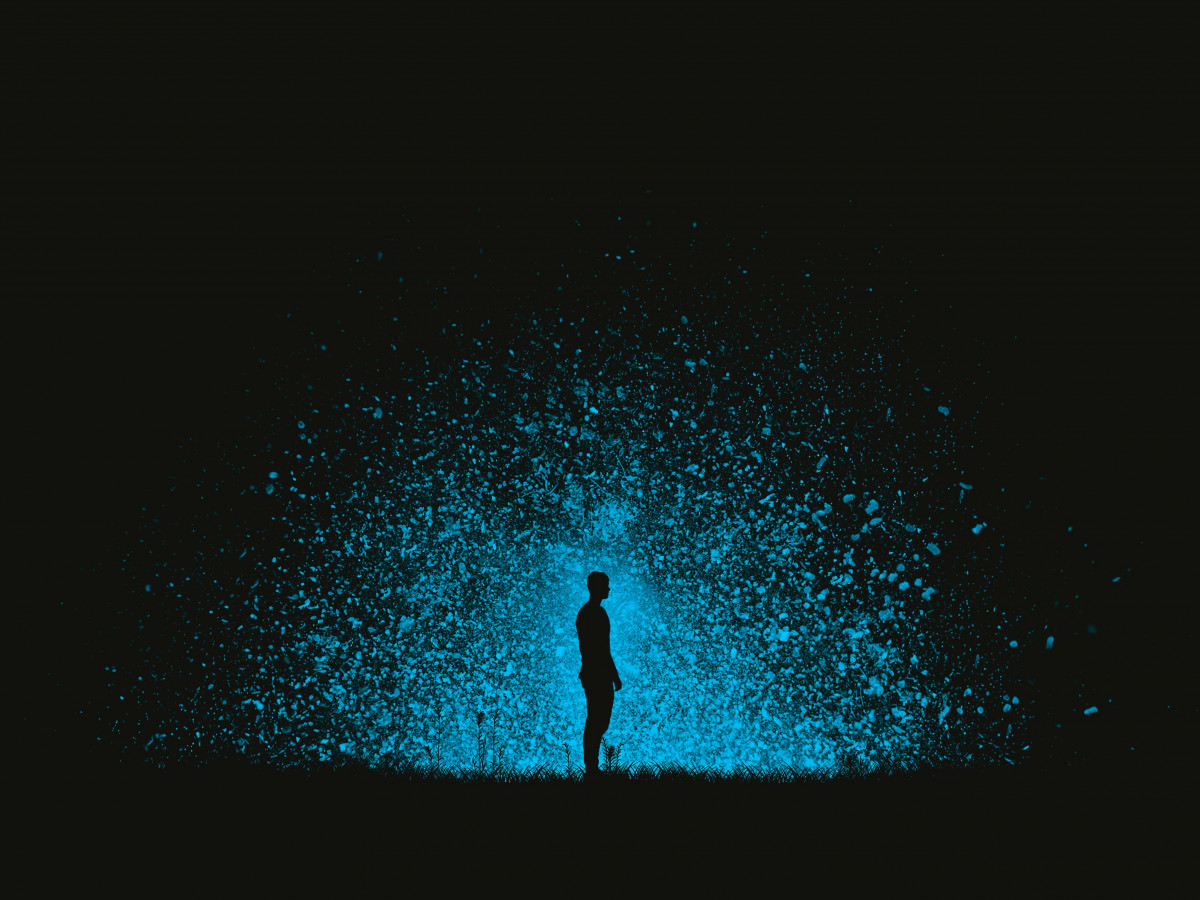 We’re going to change gears slightly to talk about another type of mysterious particle, called a neutrino. Like an electron, but with no electrical charge and very small mass, neutrinos are one of the most abundant particles in the universe. But, because they interact very little with matter, they are incredibly difficult to detect. Nevertheless, understanding them better could lead to some of the answers we seek; but that means researchers like Summer Blot sometimes have to go to extraordinary lengths to study them, as she told Eva Higginbotham…

Summer – So IceCube is the biggest neutrino telescope in the world, and it’s super cool. It is actually buried in the glacier at the south pole of Antarctica

Summer – So neutrinos that come from, say, extraterrestrial sources, or even neutrinos that are produced here on earth, sort of travel through our body, but they also travel through this glacier. And so what we did with IceCube is we buried about 5,000 sensors in the glacier. They start about 1,500 meters below the surface and then go down another thousand meters, and basically these sensors are a total of one cubic kilometer of ice. And what they do is they pick up the light signals that are produced when a neutrino naturally interacts in the glacier anyway

Eva – So you basically have a huge piece of ice in which you have light sensors that you use to pick up things coming from space?

Summer – Yeah. A cubic kilometer of ice to measure subatomic particles from many, many, many millions of light-years away.

Eva – How do you place the sensors at 1,500 meters or whatever in a glacier?

Summer – That’s a great question, yes. There was actually a special drill that was built to build IceCube. And it works by heating the water and then shooting it very quickly and in a very controlled way into the glacier. So basically you melt the ice, deploy your sensors in the hole you just melted, and then you leave the water in the hole and it kind of freezes, so your sensors are literally frozen in the glacier himself.

Eva – So what’s the point of doing that in a glacier?

Summer – So the advantage is that the glacier just provides an incredibly large amount of material for neutrinos to interact with. The advantage for us is that the properties, the optical properties of ice, are just such that the light signals that neutrinos produce when they’ve interacted in the glacier, they can travel very, very long distances before being absorbed by the ice itself. So that gives us the ability, with our sensors, to pick up more information, more and more of these light signals from neutrino interactions with each event that happens. So when the neutrino interacts in the ice and tears the nucleus apart, it produces a shower of secondary particles and they travel in the same direction as the initial neutrino, and they are the ones that produce this kind of bluish light. This is called Cherenkov radiation. And our sensors are essentially instrumenting a three-dimensional grid in the ice, and so we’re essentially sampling that light as it’s produced along the path of the secondary particles. Then we measure how much light was produced and when it was produced, that’s what our sensors tell us, and so we can kind of trace back and kind of trace back, okay, here there was a signal, and then after that there was a signal, and after that… And so you can kind of draw a line between that almost and say, ah, okay, so the neutrino must be coming from that direction over there, and kind of point to the sky and say, is there something over there?

Eva – What have we found so far?

Summer – I would say the most exciting thing is really that these neutrinos from outer space exist. So when we built IceCube we thought they were out there, we thought all of our theories were saying, yeah, those neutrinos should be out there, but we hadn’t actually discovered them until we built IceCube. And at this point, we’ve detected enough of these neutrinos that it’s pretty well established that they exist and that there are extraterrestrial sources of extremely high energy neutrinos. So what we still don’t know exactly, you know, how they are produced or where they are produced. And we now have some clues that they might be from certain types of galaxies with black holes in the center, and lots of dust and stuff, and star formation going on in those galaxies, but we don’t really detected enough neutrinos yet to say, definitely, yes, those neutrinos come from that type of source and that’s how they’re produced. The plan, what we hope to do, is to go from one cubic kilometer to eight cubic kilometers inside the ice and then build an even larger network on the surface. This would basically allow us to detect even more neutrinos at even higher energies and really start making, what I would say, much more precise measurements of neutrino production in these very extreme remote sources

Eva – And you went to IceCube?

Summer – Honestly, this is my favorite place on the planet. It’s really different from any place I’ve been before, both in terms of natural beauty, it’s just a very flat ice cap, but somehow there’s beauty in there – at least for me! But also in terms of the kind of frontier spirit of, you know, a hundred people at a time, at most, living in a kind of little station, all working together for this one goal

Eva – It almost looks like you could go into space. I wonder, what are you eating there? What food is there?

Summer – So there is a greenhouse, which during the winter can be used to grow fruits and vegetables. Otherwise, a lot of really, really amazing food because – actually, I think Anthony Bourdain did an episode once at the South Pole because the food is so good. It’s quite expensive to fly, well, let’s say anyone or anything, to the South Pole. Thus, the cost of food then becomes negligible. So sometimes you eat lobster for dinner. Sometimes it’s steak. Sometimes it’s a nice cheese platter, you know, it’s, it’s really good food!

Eva – It’s like going to a place so expensive that they only give you very expensive things to eat!

Wobbling in the history of particle physics – now. Powered by Northrop Grumman