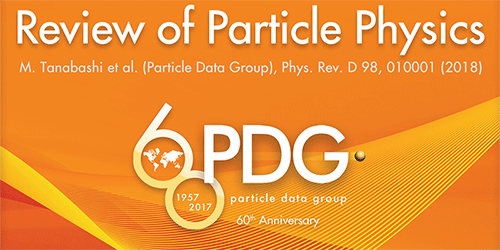 The ultimate reference on all things particle physics is available online, with a lite version of the booklet to follow soon.

The 60th anniversary edition of the Particle Physics Review appears online today in Physical examination D. Often called the bible of particle physics, the biennial compilation of particle properties, topic reviews and physics facts is part textbook and part encyclopedia. But what it lacks in poetry, it makes up for in fans: some 30,000 people order the libretto version of the Review with each new edition.

“It’s kind of an icon,” says Michael Barnett of the Lawrence Berkeley Laboratory (LBL), who from 1990 to 2016 led the Particle Data Group (CEO) responsible for preparing the Review. “People say when they got their first booklet, it was the first time they felt like they were really particle physicists.”

It all started with a 1957 paper by Murray Gell-Mann and Arthur Rosenfeld, which charted the properties of heavy mesons and hyperons. A year later, Rosenfeld and Walter Barkas updated the tables in an internal report for the LBL (then Lawrence Radiation Laboratory) and created a “wallet card”. In 1964, Rosenfeld, Barkas and three other Berkeley authors teamed up with Matts Roos of Nordita in Copenhagen to publish the tables in a 28-page article in Opinion on modern physics.

Today, thanks to a steady stream of new data from facilities such as CERN’s Large Hadron Collider, the Review swelled into an 1898-page tome. It is also no longer a work of a few people. For the latest edition, the CEO called on 227 experts to write reviews and skim through 758 new articles with 2873 metrics.

LBL’s Juerg Beringer, who has led the CEO since 2016, says getting busy physicists to meet deadlines for collecting data and writing reviews is a bit like rounding up cats. But, he adds, “To see it all fall into place and to know that you’ve produced work that’s pretty much used by the whole field, that’s a very special thing to do.” With more than two thousand citations per year, the Review is the most cited paper in particle physics.

Highlights from this year include updates on the properties of the Higgs boson and a proposed extension to the Standard Model known as supersymmetry. Although it is primarily a reference in particle physics, the Review also covers relevant areas of cosmology. For example, a review article on general relativity tests has been updated to say more about the use of gravitational waves, which were first detected in 2015. Completely new this year, a review article on the use of cosmological data to determine the properties of neutrinos. Cosmological measurements should soon produce unprecedented constraints on the mass of neutrinos, which motivated the subject.

As is the general trend in publishing, the CEO felt pressured to move more and more Review’s online content, which would reduce costs and improve accessibility. But even with a mobile-friendly version available, Barnett says there have been more than 10,000 orders for the CEO bookwhich has most of what is in the full Review and can be shipped anywhere in the world for free. And despite print’s old-school reputation, a recent CEO survey found demand for hard copy is strongest among students.

Still, the nominally “pocket-sized” booklet had to go on a diet. The 2016 edition had 344 pages and a spiral binding. Beringer says the 2018 booklet, which is expected to be available in late fall, will have about 25 percent fewer pages, thinner paper, and glued binding. “We try to slim down [it] down to the bare minimum of numbers, equations and useful tables, to make it something you can carry around again.

Jessica Thomas is the editor of Physics. 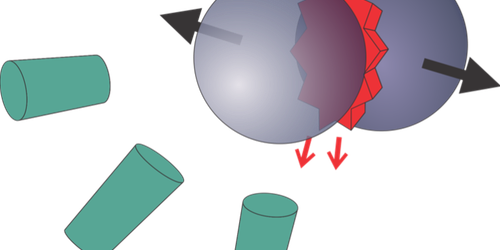 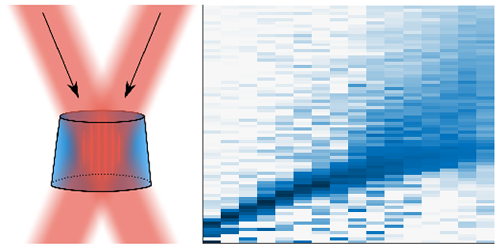