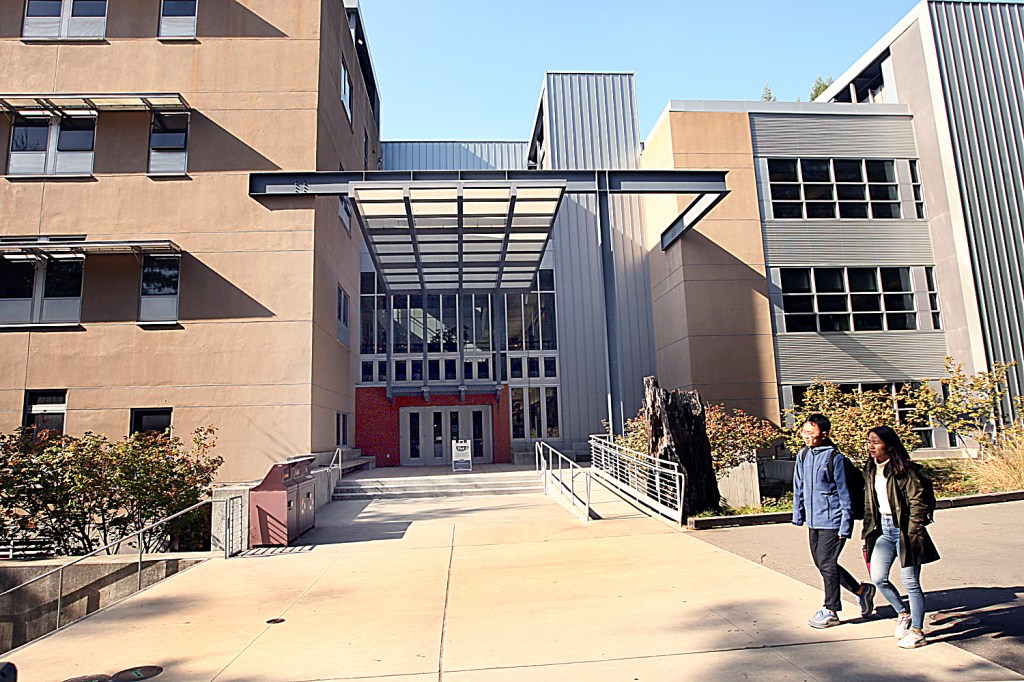 SANTA CRUZ — The Santa Cruz Institute for Particle Physics experienced a leadership transition early in the new year after Steven Ritz, a physics professor at UC Santa Cruz, resigned as director of the institute.

Ritz was director of the Santa Cruz Institute of Particle Physics for 10 years. He decided to hand over the duties of director to his successor in order to pursue other things within the institute. Ritz said he would like to focus his attention on new physics experiments, work closely with students, and improve diversity within the department.

“These are all things that require a lot of time and thought,” he said. “Having no administrative distractions will help with that.”

Jason Nielsen, another physics professor at UCSC, took the reins on Jan. 1. Nielsen spent six years as associate director of the institute under Ritz.

Nielsen hit the ground running. He had just completed several recruiting calls before speaking with the Sentinel on Wednesday afternoon.

“I’ve had a few calls today with graduate students who are drawn to everything we do at the institute,” he said. “I think the main things we see SCIPP have international recognition. It makes it possible to recruit people who want to work in this environment.

The Santa Cruz Institute for Particle Physics has put the city and the university on the map within the international particle physics community. Students and faculty had the opportunity to participate in international experiences.

UCSC played a role in the ATLAS experiment at the Large Hadron Collider in Switzerland. The institute is also working with the Stanford Linear Accelerator Center to develop a 3-gigapixel camera for the Vera C. Rubin Observatory that is being built in Chile.

While this work is attracting worldwide attention and recruitment for UCSC, the institute’s reach does not just extend to the international community. Nielsen said he wants to continue promoting awareness in the university’s backyard during his tenure.

One way the institute achieves this is through a clinic that allows high school students to learn more about particle physics. The institute hasn’t held the in-person event since 2019, due to the pandemic, but Nielsen wants to continue to get local students excited about science.

The Santa Cruz Institute of Particle Physics also extends its local outreach to all ages. After the movie Particle Fever was released in 2013, the community became interested in particle physics, Ritz said. In response, the institute held a panel where community members could ask questions of the institute’s researchers.

“We also love doing these kinds of events and I look forward to having more once we can all be together again,” Ritz said.

While education and research have been central to the institute, Nielsen and Ritz cited culture as one of its most endearing qualities.

“There are a lot of really bright people who really care about the success of their colleagues. We all treat each other very well in general,” Ritz said. “People all work together, share space and collaborate. It’s simply delicious.

Nielsen credited Ritz with creating a strong sense of community among researchers at the institute. One of his goals as new manager is to continue fostering that environment, he said.

The institute has a culture of collaboration among researchers, Nielsen said. Theorists will develop new models for physics, then they will collaborate with their experimental colleagues to make scientific discoveries and vice versa.

“Were built on a truly collaborative environment. We have a really good work environment and community spirit there,” Nielsen said. “People are really, really curious about what other people are working on.

Although Ritz has stepped down as director, he is still a part of the institute and the community he nurtured there. He believes the future of the Santa Cruz Institute for Particle Physics is in good hands and he looks forward to what the future holds.

“(Nielsen) is doing a great job. It’s just fun to do that and SCIPP is a place that keeps reinventing itself,” he said. “I’m sure it will continue to evolve and strive. I can’t wait to be part of it.