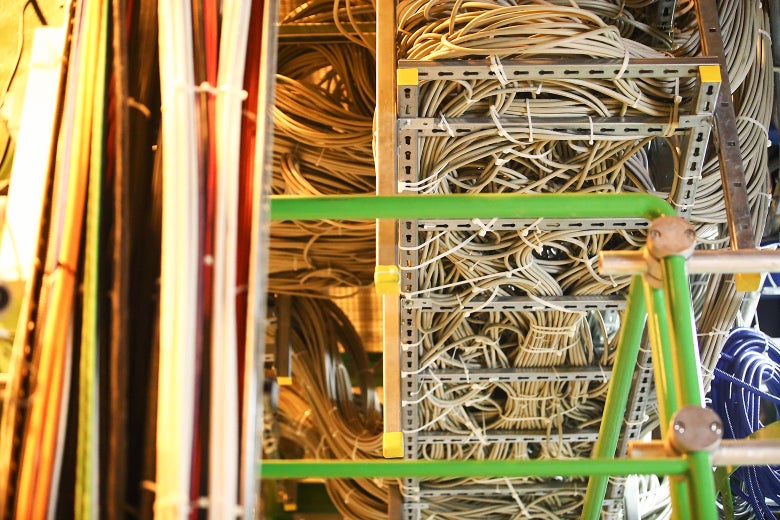 The Large Hadron Collider was not a failure for particle physics.

The search is a search through the unknown. If you knew the answer, there would be no need to do the research, and until you do the research, you don’t know the answer. Science is a complex social phenomenon, but its history certainly includes repeated episodes of people having ideas, trying experiments to test those ideas, and using the results to inform the next set of ideas. When an experimental result indicates that a particular idea is not correct, it is neither a failure of the experiment nor of the original idea itself; it is a step forward in our understanding of the world around us.

Recently, particle physics has become the target of a strange line of scientific criticism. Articles like Sabine Hossenfelder’s New York Times op-ed questioning the “uncertain future” of particle physics and Vox’s “The $22 Billion Gamble: Why Some Physicists Aren’t Excited About Building a Bigger Particle Collider” raise specter of failed scientists. Reading these articles, you would think that unless particle physics comes home with a golden ticket in the form of a new particle, it shouldn’t come home at all. Or at least he shouldn’t get another chance to explore the subatomic terrain of the universe. But the proposition that particle physicists are essentially setting money on fire comes with an insidious underlying message: that science is about the glory of discovery, rather than the joy of learning about the world. Discovering that there are no particles where we had hoped tells us about the distance between the human imagination and the real world. It can work as a motivation to expand our view of what the real world is like on totally unintuitive scales. Not finding something is just as informative as finding something.

That’s not to say that resources should be endless or to suggest that community consensus isn’t important. On the contrary, the particle physics community, like the astronomy and planetary science communities, takes the conversation about what our priorities should be so seriously that we have it about every five years. At present, the European particle physics community is in the midst of a “Strategic Update” and plans are underway for the US particle physics community to host the next of its “Community Studies”. Snowmass”, which take place approximately every five years. These events are an opportunity to take stock of recent developments and develop a strategy to maximize scientific progress in the field. In fact, we bet that’s exactly what Hossenfelder is asking when she suggests “it’s time for particle physicists to step back and reflect on the state of the field.”

Discovering that there are no particles where we had hoped tells us about the distance between human imagination and reality world.

One of the interesting questions that these two studies will confront is whether or not the field should prioritize the construction of a new high-energy particle accelerator. Over the past few decades, many resources have gone into building and operating the Large Hadron Collider, a gigantic device whose tunnel spans two countries and has a budget of billions of dollars. Given funding constraints, it is only appropriate to ask whether it makes sense to prioritize a future particle accelerator at this point in history. A new collider is likely to have a price tag measured in the tens of billions of dollars and would be a significant investment, but not large compared to the scale of other areas of government spending, and the collider looks even cheaper when it is spans decades. and shared by many nations.

The LHC was designed to reach energies of 14 trillion electron volts, about seven times more than its predecessor, the Tevatron at Fermilab in Chicagoland. There was a very strong motivation to explore collisions at these energies; Until the commissioning of the LHC, our understanding of the Standard Model of particle physics, the main theory describing subatomic particles and their interactions, contained a gaping hole. The theory could only coherently describe the massive fundamental particles observed in our experiments if one included the Higgs boson, a particle that had not yet been observed. Self-coherence required that the Higgs or something else providing mass appear at the energies studied by the LHC. There were a multitude of competing theories, and only experimental data could hope to judge which was realized in nature.

So we tried it. And because the LHC allowed us to actually observe the Higgs, we now know that the image in which the masses come from the Higgs is either correct or very close to it. The LHC has discovered a particle whose interactions with known particles match predictions to about 10%. This represents a triumph in our understanding of the fundamental elements of nature, a triumph that would have been impossible without both 1) the theoretical projections defining the characteristics that the Higgs must have to perform its role and 2) the experimental design of the accelerator and particle detectors and the analysis of the data they have collected. In order to learn the secrets of nature, theory and experience must come together.

Some people have called the LHC a failure because although it confirmed the Standard Model’s view of how particles get their mass, it offered no concrete indication of new particles besides the Higgs. We understand the disappointment. Given the exciting new possibilities opened up by exploring energy levels that we have never been aware of here on earth, this feeling is easy to understand. But he also sells achievements short and doesn’t understand how research works. Theorists come up with fantastic ideas about what could be. Most of them are wrong, because the laws of physics are immutable and universal. The experimenters are in charge of opening the hood and looking at what is underneath. Sometimes they may find nothing new.

A curious species, we have yet to ask more questions. Why did we find this and not that? What should we look for next? What a strange and fascinating universe we live in, and how wonderful to have the opportunity to learn more about it.